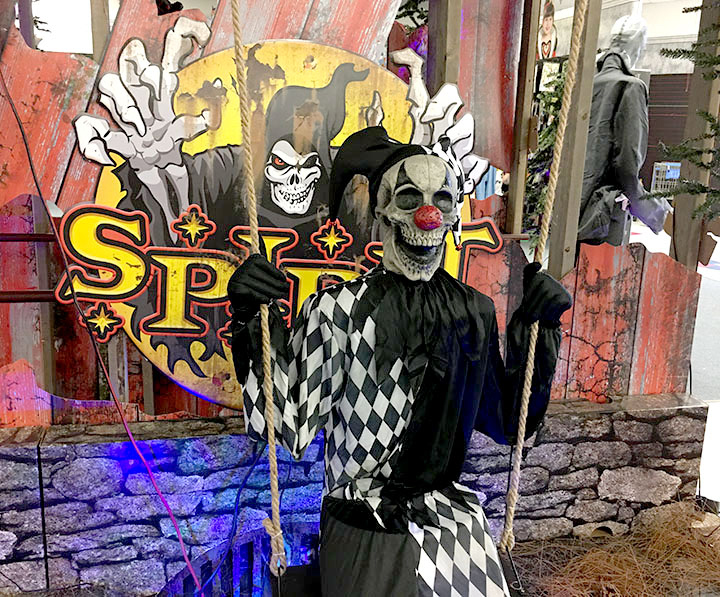 For many people, Halloween is a once-a-year opportunity to be anything they want to be. Adults and children alike observe the spooky culture by donning various costumes whether it’s superheroes, princesses, period costumes, franchise costumes, political costumes or something of their own creation.

Every new year brings new costume and decoration trends, and when Halloween rolls around, the seasonal store Spirit Halloween pops up, providing all the latest bells and whistles for All Hallows’ Eve.

“The best part about working at Spirit is helping someone find a costume that they really want and is perfect for them,” assistant store manager Jeff Dixon said. “For example, when a kid is in love with Spider-man, and they come here and see the Spider-man from the movies and try on the costume and won’t take it off, that’s the best thing.”

Superhero costumes are a Halloween staple and have been for decades, but they’re not just for kids. Classics like Superman and Batman are still popular, but after the release of new movies like Wonder Woman and Power Rangers, sections of the store have been dedicated to costumes ranging from newborn size to full-grown adult.

“Everybody wants to have a theme,” Dixon said. “Family costumes have become increasingly popular in recent years. People tend to go for movies like the ‘Wizard of Oz,’ or the ‘Addams Family,’ because each person gets a different costume, but it’s collective.”

“Steampunk and Day of the Dead costumes have been very popular this year,” Dixon said. “We used to have one or two costumes for each theme, but now we have upwards of five for both males and females. Plus, we’ve added a lot of new accessories so people can make the same outfit look several different ways.”Halloween is a chance for people to showcase their interests and personalities, and a lot of costumes are easily do-it-yourself so that people can stand out, even if they go for a mainstream idea.

Dixon said that one thing that has changed dramatically is the prevalence of political costumes. Despite the obvious opportunity to imitate President Donald Trump, people are not picking up masks of his face or donning their head with his infamous hairdo, Dixon said.

“Last year, we couldn’t keep up with how fast our political costumes were selling,” he said. “This year, people aren’t reaching for them. We have Trump and Bernie (Sanders) masks but they’re not really selling. The “Make America Great Again” hats sold, but other than that, not much is selling. But we do carry a roll of toilet paper with Trump’s face on it which has sold out four or five times.”

“This year I had someone come in and ask for a Grim Reaper costume with a faceless hood so that they could be the Zodiac Killer, which I thought was pretty interesting, especially with the whole Ted Cruz conspiracy theory,” Dixon said.

Halloween isn’t just about dressing up. Trick-or-treating is an integral part of the season. A lot of people stop trick-or-treating in their pre-teen years, but Dixon said candy sales are strong.

“After Hurricane Harvey, I think many people are just looking to return to normalcy,” he said. “Our sales of totes and candy buckets have definitely increased this year — more so than recent years.”

Adamant lovers of Halloween tend to go all out in decorating their houses in a creepy, old-haunted-house way, with fake spider webs, bloody handprints, yard headstones, and much more. People compete against others in their neighborhood to see who can decorate their house the best and scariest. Halloween decorations set the scene for a night of mystery and mischief, and are just as much a part of the celebration as eating candy in an elaborate costume.

“Our animatronics have been selling very well this year,” Dixon said. “We had a scarecrow that leaned over a bowl that you would put candy in, and when someone went to reach for the candy, the scarecrow would jump up. It’s one of the faster-moving animatronics that we have. In fact, a kid got so freaked out by it, he pooped his pants in the store. After I told that story, the scarecrow sold even more.”

Halloween evolves with each year with new trends. Costumes change to reflect the world we live in. So whether you like the frightening aspects of the celebration or the innocent childish imagination of it, Halloween has something to offer everyone. 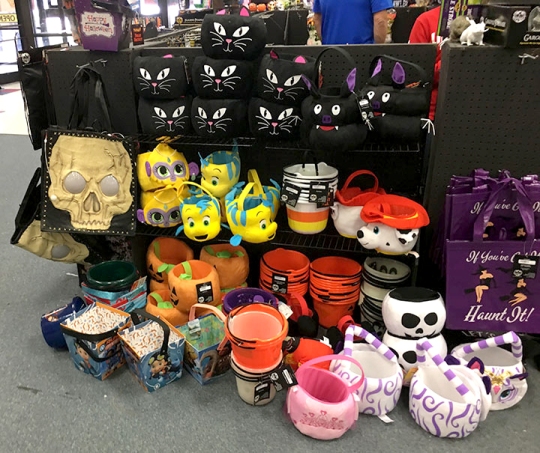 After Hurricane Harvey, many families are looking forward to the normal tradition of trick-or-treating this Halloween. Sales in Halloween tote bags and buckets have gone up from previous years. 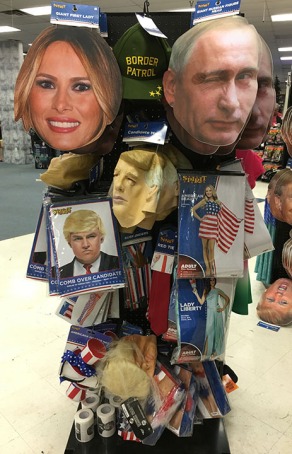 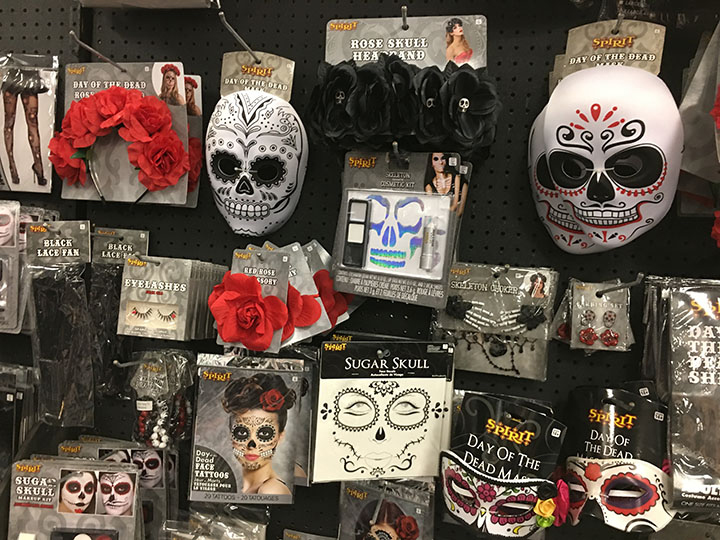 Day of the Dead costumes have also come more into popularity in recent years. The store has added more accessories for more DIY type costumes.